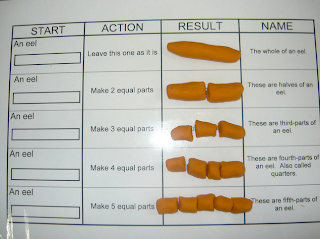 Did you know that today room fourteen  had a session of fractions with play
dough? We had to make eel’s  with the play doh. The play doh felt nice.

It felt nice because It felt gooey, smooth, squishy, mushy and sticky. The play doh was orange like the sun setting. It was quite challenging to make it equal. We had to make halves, thirds, fourths and fifths.

I liked the smell of the play dough because it smelt like donuts and salt. “Yay”, I said when I got to hold it. It ran through my fingers which was nice. When I punched the play dough It was smooth and soft.

After that we had to put the play dough away in the ice cream container and I felt sad because I really liked making fractions with play dough! 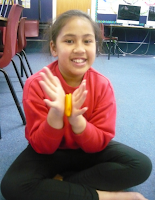 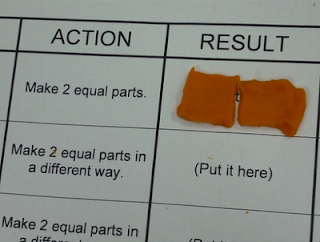 This morning we made fractions out of Play Dough. Room fourteen made them into eels. We had to cut them into two halve parts and then we made it into three third parts. After that we cut them up four fourth parts, then into five fifths.


It was so fun playing with the play dough. I hope we get to use play dough next time we learn fractions.
Posted by Unknown at 8:57 AM No comments:

My Gymnastics Animation and Keynote by Rave

Here is My Gymnastics Keynote and Gymnastics Animation. I hope you have a nice time and be blown away.

Email ThisBlogThis!Share to TwitterShare to FacebookShare to Pinterest
Labels: 2012 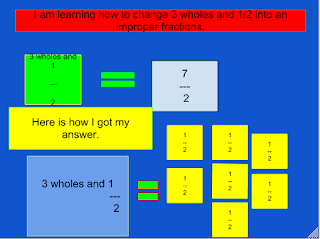 I am learning how to change mixed numbers into improper fractions. I have shown my learning.
Posted by Unknown at 8:52 AM 1 comment:

I have been learning to change improper fractions into mixed numbers.
Posted by Unknown at 8:50 AM No comments:

Posted by Unknown at 8:47 AM No comments:

Email ThisBlogThis!Share to TwitterShare to FacebookShare to Pinterest
Labels: 2012, Reading

A Bowl of Rice by Peh So

I have been reading a story called A Bowl of Rice. It is about how to make rice and I have made a presentation for it.

I have made a presentation all about spiders! I hope you enjoy it.
Posted by Unknown at 12:32 PM No comments:

The Olympic Flame and Torch 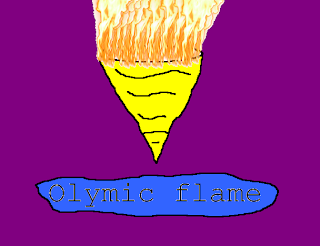 In the past the olympic flames represented greek hero's rebirth and death.

In 1963, the first torch relay stared in Berlin, Germany. The torch was lit in the stadium in olympia and got carried around different countries.

The torch is carried by many people that might carry it by walking, running, riding horses and many other transports.

The last person who runs back to the stadium gets to light the big torch. At end of the olympic games the torch gets put out at the end of the closing ceremony.

In another four years there will be a new torch designed for the Olympic Games.
Posted by Unknown at 12:28 PM No comments: 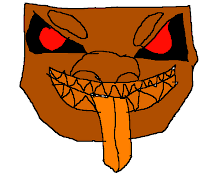 The tekoteko has scary blue eyes, a big tongue, and sharp teeth. It is a carved in the shape of a human. A tekoteko is seen in a marae and protects the marae from the harm.